Three Reasons You’re Not the Impostor You Think You Are 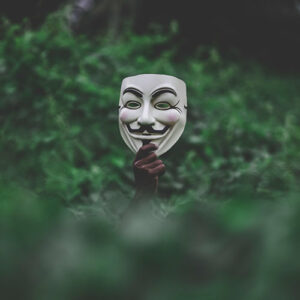 When I began my MFA program to become a better story teller and writer, the very first lesson was on Impostor Syndrome. I remember thinking, “What an odd way to start a Master’s program.” But, deep down inside, I did feel a little bit like an impostor. After I got the first critique of one of my stories (let’s call it a bloodletting), I felt it even more so. Then we had to write a biography to market ourselves as writers and, well, wow…

Fortunately—for me, at least—my long and varied career has given me lots of opportunities to feel like a huge phoney. (Spoiler alert: I feel like one right now!) From my first management gig (“Everyone here has been doing this way longer than I have. Why on Earth am I in charge?”) to my first presentation for a multi-million dollar client (“Please, God, don’t let them ask me any questions. I only learned this stuff last night!”), I’ve had lots of experience faking it. The good news is that all those years feeling terrified I’d be found out as a fraud taught me that, maybe, and just maybe, I’m not the poser I think I am. Here are three reasons why:

1. Everyone starts somewhere and everyone else knows it.

If you want to get past the impostor stage and on to the point where you’re a recognized expert, sooner or later you have to stick your neck out. And here’s the thing: This is true for everyone. We’ve all been the noob more than once in our lives and, God willing, will be again.

Because this is a universal human experience, people are much more forgiving of those stumbling first steps than you think they’ll be. Remember that first client presentation I mentioned? It was a disaster. I had to demonstrate our website which, frankly, wasn’t very good, and I was positioned as the on-line expert even though I knew next to nothing about the technology involved.

To make matters worse, I was supposed to do the demonstration in our, at the time, state-of-the-art presentation room using all the latest gear. This was the early 00s and our cool wireless system had a battery life of about 15 minutes. The client was 45 minutes late, so everything died just as they walked into the room. The icing on the cake? A system re-boot began at the same time as my presentation, meaning every webpage took at least three minutes to load.

So picture my inaugural sales demo: I said a few things. Then I left the room because, to click the next weblink in the demo, I had to use the desktop machine behind the stage (remember: the wireless was dead). Then I came back into the room to describe our amazing technology while our website VERY slowly loaded. Then left the room to do it all again for the next page in the demo.

My 20-minute presentation of, maybe, four web pages took an hour and a half to deliver.

At the end of it, the client said, “Well, I’ll give you this: You’ve got guts. Anyone else would’ve folded an hour ago.” We still won their business

The moral of the story? When you’re new, own it. Most people want other people to succeed and they’ll do what they can to help you. Maybe they won’t give you a big money contract, but they at least won’t laugh you out of the room. That alone is worth a lot.

2. You know a lot more than you think you do.

The reason we worry about impostor syndrome is because we want to be perceived as knowledgeable and skilled. You feel like an phoney because you care about being right. In my experience, though, caring is more than half the battle.

Kendra Cherry, in her 2020 article “How Hard Is It to Become an Expert?”, wrote, “practice is essential for developing a skill, but becoming an expert requires constantly challenging yourself to do better, learn more, and acquire new knowledge and skills.”

In other words, becoming an expert means you have to care.

As a novice, that fear of being exposed drives you to do the research, to read the manual, to practice. While none of those things may make you an expert, they certainly give you a leg up on anyone who hasn’t done the same.

Case in point: Since that first awkward sales demonstration many years ago, I’ve become something of an expert on the subject of financial education. Now I train others to deliver sales pitches on these services to prospective customers. The first few times I coached someone and then watched them do their own demonstration for a client, I was on pins and needles. I had impostor syndrome by proxy. I worried that I hadn’t prepared them well enough. I worried that they were omitting important information and failing to read cues from the client. I worried my inability to train was going to cost us both the sale and my trainees’ reputations.

They all did just fine.

Don’t get me wrong. They were missing cues. They were leaving things out. But the client didn’t know that. In most cases, not even our work colleagues noticed. My trainees didn’t have my expertise, but they were more expert than the people they were presenting to. Sure, there were tough situations they weren’t ready to handle, but those were much more exceptions than rules.

My point? Caring equals preparation and preparation equals more expertise than you may realize.

3. Faking it ‘til you make it actually works.

I had a boss once who told me, “It’s all about the voice of confidence. Say it like you mean it.” If I believed in what I was saying, she promised me, my clients would, too.

Of course she told me this in the context of a sales pitch and I’ll be the first to say that the average salesperson’s integrity can, at times, be called into question. But was she suggesting I position myself as an expert even when I wasn’t? That I lie? Absolutely not. In fact, this same woman, who is so consistently right about life in general that it is, frankly, rude, warned all of her minions against telling falsehoods.

Research backs her up.

In his article “The scientific truth behind ‘Fake it till you make it,’” Aditya Shukla says people can fake confidence in order to increase it. Like my boss, he warns against over-doing it, saying those who act superior without the credentials to back it up are dismissed as arrogant. But, if you need to build your own confidence, you can do so by just pretending.

Shukla attributes this to the Hebbian Principle which says, from a neuroscientific perspective, “what fires together, wires together.” In other words, if you fake confidence, thus firing those positive neurons in your brain, while doing a task, you begin to associate feelings of confidence with that task.

You wouldn’t believe how much I’m faking confidence as I write this.

What I hope you’ll take away from this: Attitude matters. I worked at a place once that gave everyone in the phone bank a mirror to put over their computers. The bosses did it as a reminder for us to smile because the customer, even though he or she was on the phone and couldn’t see us, could still hear the smile in our voices.

The same thing is true when you feel impostor syndrome. Slapping on the smile, speaking with confidence, reminds you neurologically that you absolutely can do this and do it well.

Photo by Javardh on Unsplash.