Adventures in Head Shrinking: A Suspicion of Progress 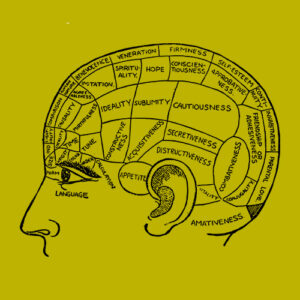 About a month ago, I started seeing a therapist.

I had anticipated, with a certain amount of enthusiasm, that he would listen to my blather and then produce a list of all the things that make me an asshole.

I am four sessions in and have yet to see the much awaited list—despite the poor man’s absorption of an inordinate amount of blather. He responds to most of it with, “Hmm.” Occasionally I drop a real hair-raiser on him, and he says, “Oh. Wow.” Toward the end of the session, he’ll say, “You should think about…”

I conclude most of our meetings convinced I’ve wasted my time and money. But then I actually do think about what he suggested and decide, “Maybe I’ll go to one more.”

I still feel like we should be further along; that I should be experiencing more change. I’d like to blame him, but the fundamental problem with our sessions, I fear, is that I’m not sure why I’m there.

“That’s okay,” he said when I told him this. “Sometimes it’s just about exploration.”

For one thing, I doubt it’s safe to go spelunking in my noggin. A guy never knows what lurks in that particular dark yet surprisingly shallow pit. But then again, no explorer worth his salt ever let a bit of shade hold him back.

Of course, whether I am worth my salt might be one of those questions in need of exploration.

I asked the therapist today whether he thought we were making progress. “You’re examining your feelings more,” he said. “That’s progress.”

I remain skeptical. I examine lots of things about myself, usually running various aches and pains through WebMD to learn that I probably have cancer. I took an online test last week to see if I was a psychopath.

It came back borderline.

One of the things my therapist and I have been examining—to test the psychopath hypothesis, one assumes—is a tendency toward anger.

“Our society,” my counselor says, “teaches men they can only experience two emotions: joy and anger. Most men, if they take the time to unpack their anger, find it’s really disguising another emotion—fear, disappointment, embarrassment. You manage those emotions very differently from the way you manage anger.

“But you have to recognize them first.”

I got angry Monday. If you saw my face, it was recognizable.

I’d stopped into Costco to pick up one thing. No one ever goes to Costco for one thing and actually comes out with a single item. But that day I did, and I was feeling a little smug about it. Unfortunately, the line to escape with my purchase stretched roughly two city blocks. A single, meticulous checker stood at the front of the line carefully and, more importantly, slowly matching items in customers’ heaped carts with the purchases listed on their lengthy receipts.

I waited with my one thing.

Behind me, an elderly couple supplied running commentary:

“They should have more.”

“This line is really long.”

“They need another checker.”

I studied my car keys wondering if I could jam them far enough into my forehead to pith myself. I also considered, somewhat extensively, turning to the older couple and suggesting that they Shut. The expletive. Up.

It crossed my mind to pith one of them.

But then I examined my feelings.

Was I really angry at the old couple, or was I just frustrated that my errands were taking longer than I’d planned? If I were being honest, hadn’t I had similar conversations with my wife while waiting, bored, in a long line? Was I maybe jealous that they had each other to talk to, and I had to face my boredom alone?

It didn’t make me stop wanting to pith them but, then again, I think about pithing a lot of people. It did, however, help me cool my jets and calmly wait out the rest of the time. They were, after all, correct: Costco did need another checker.